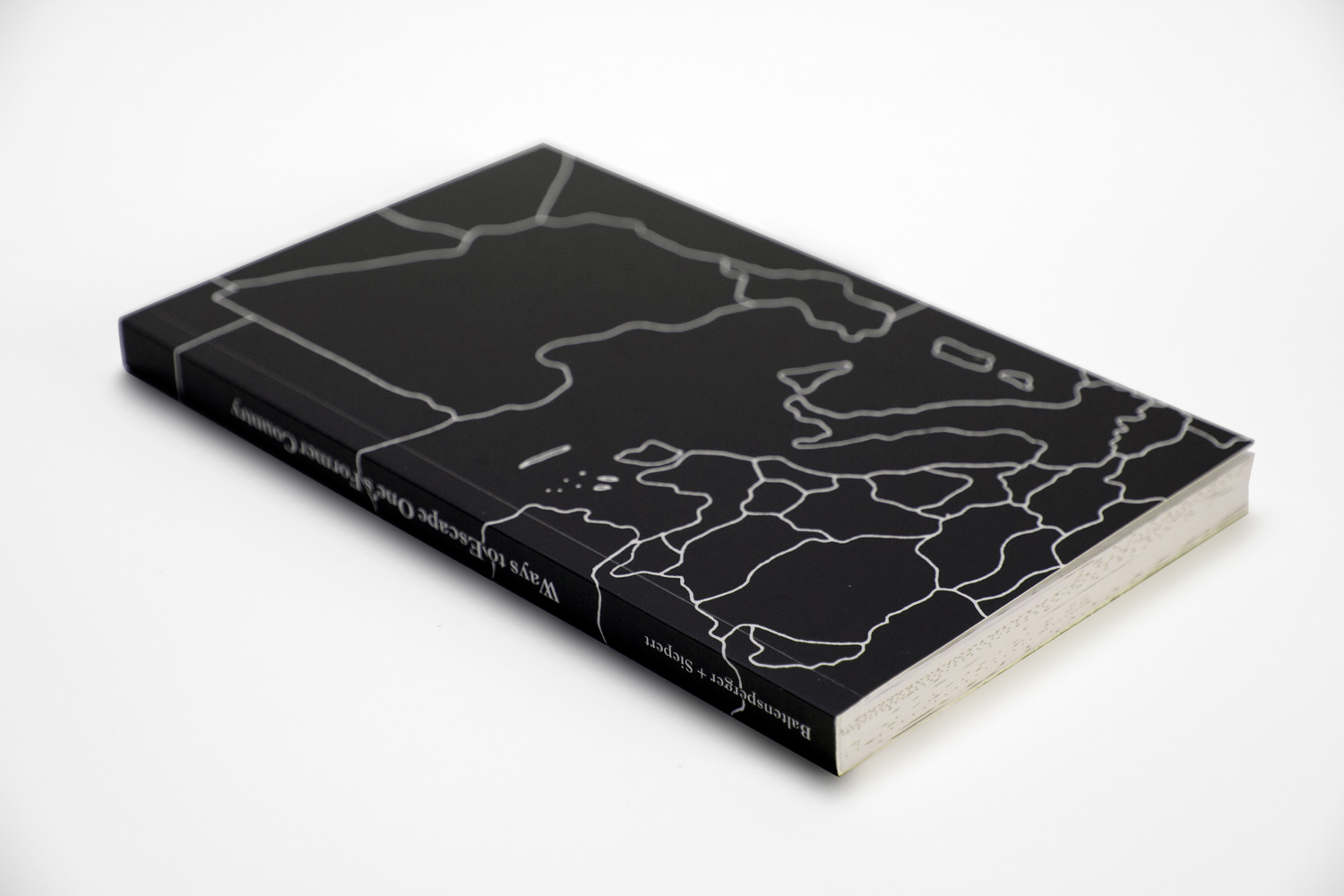 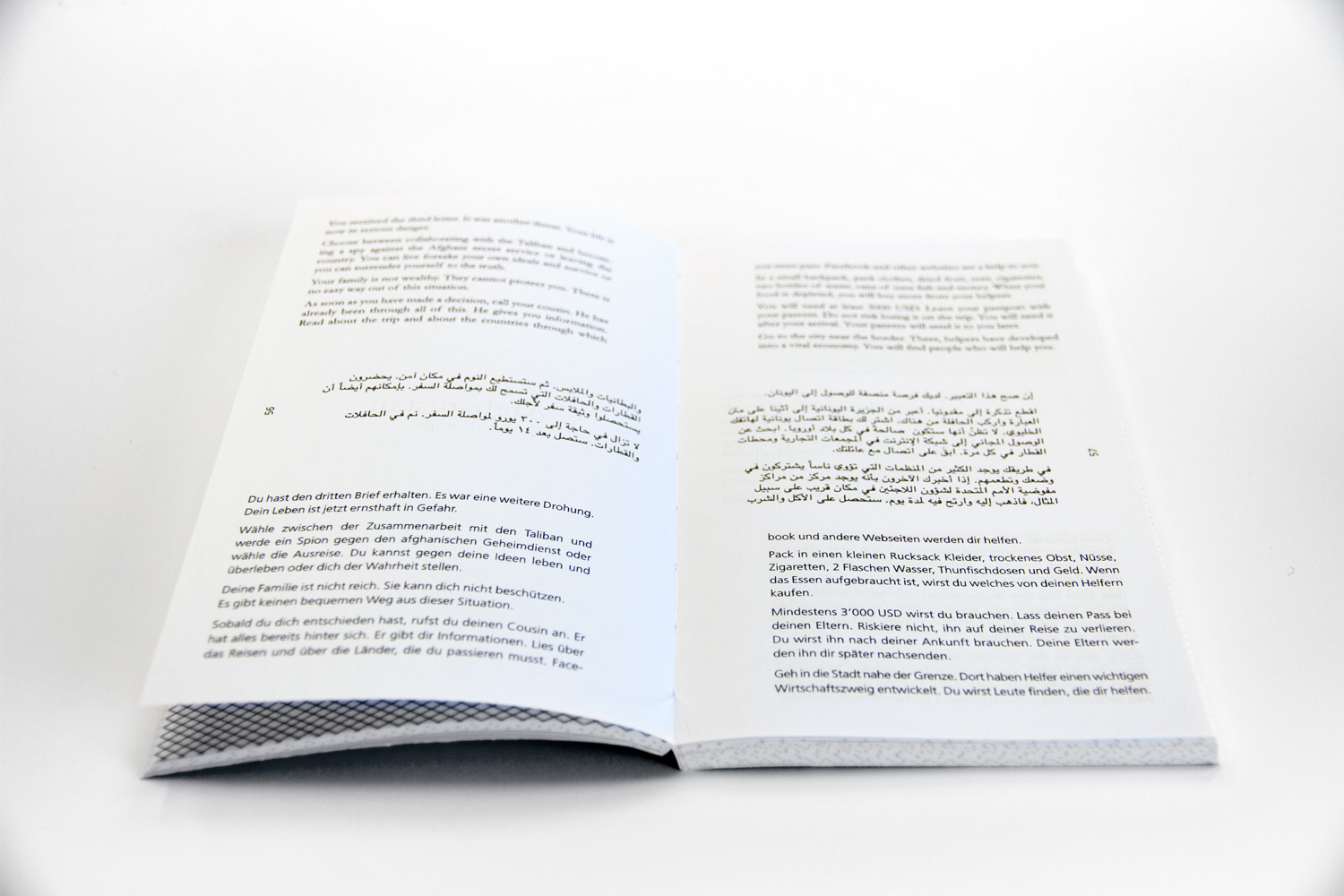 Handbook for an Uncertain Migration

Excerpts from “Board the Third Boat”, Sieglinde Geisel for NZZ am Sonntag, «Bücher am Sonntag», 2.8.2018

With their book project „Ways to Escape Ones Former Country“ Zurich based artist duo Baltensperger + Siepert make abundantly clear what it means to escape ones home.

You travel alone.
You are a woman.
You will be raped.
This cannot be avoided.

Bribe the officers.
They will charge 150 USD per person.
Men will still get beaten up. Your husband too.
But after that, they’ll let you pass.

There will be three boats.
Let the other people go ahead.
Board the third boat. You depart last.
Only your boat will make it to Greece.
(excerpt from Ways to Escape One’s Former Country, 2017, p. 86)

Based on 18 in-depth-interviews with refugees Stefan Baltensperger and David Siepert distilled directions of how to undertake flight. The aim was to create new narrative, as it has almost become impossible to talk about refugees without provoking stigmatisation.

“We have heard so many stories about people drowning in the Mediterranean. Stories about death, torture and suffering. We have become almost completely insensitive and apathetic to stories about refugees.

As it is important to not forget and to continue to talk about the challenges for society attached to these stories, we have to find new narratives to find a direct emotional access again.”

Handbook for an Uncertain Migration

Ways to Escape One’s Former Country is based on interviews that Baltensperger + Siepert held with asylum-seekers in Switzerland over a period of three years. In these interviews, they focussed on people’s actions before setting out and during their journeys. Baltensperger + Siepert have appropriated the asylum-seekers stories, detached them from the narrating subjects, and formulated them anew as direct procedural instructions.

Ways to Escape Ones Former Country discovers literary possibilities for thinking about this phenomenon, which is such a determining one for our times. The work tries to circumvent the identity of refugees as objects of circumstance, creating an experience which takes place in the readers themselves and escapes the usual media narratives. Through a shift in perspective, the readers are spoken to with an immediacy that places them in the position of a person in flight. 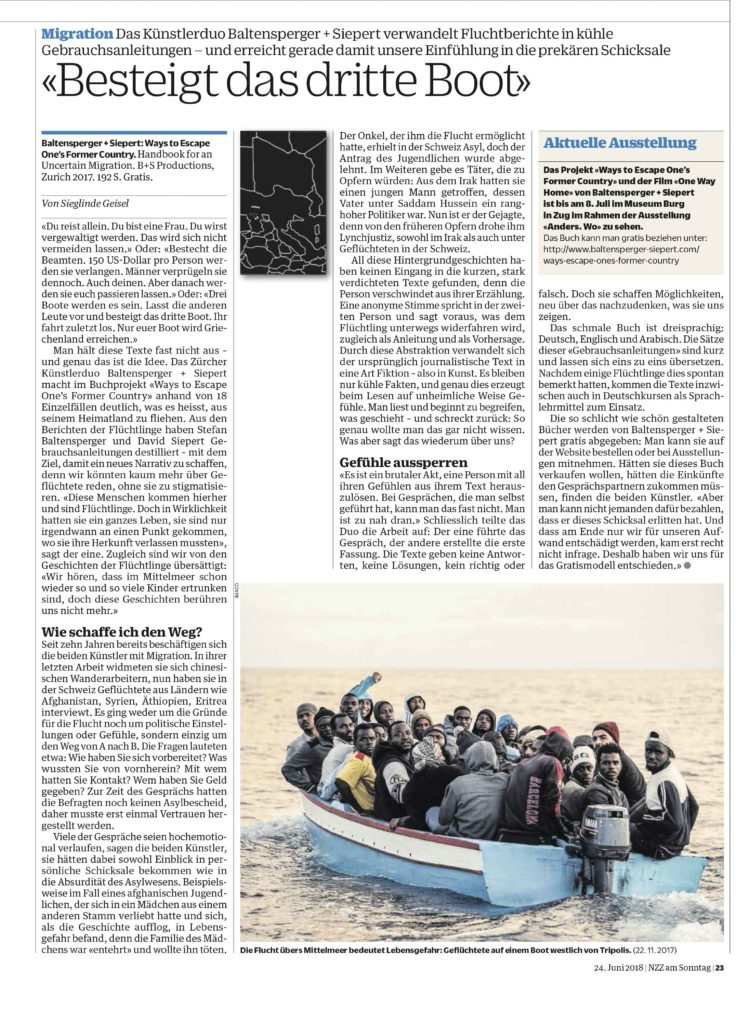 „Patterns and Traces“ examines a historic relation between the East and the Western World. Referencing a time in which it was in fashionable to decorate ones home with oriental artefacts. „Persian“ carpets were imported and found their way into the homes of people and were displayed as symbols of wealth and some kind of „savoir vivre“.

Interestingly those carpets were traded along the same routes as the refugees take today to come to Europe for a new and better life – borders that could and still easily can be bypassed by commodities represent great resistance to those having to leave their home to seeking a new life elsewhere.

Baltensperger + Siepert decided to inscribe the routes described in the book „Ways to Escape Ones Former Country“ onto the surface of a 100 years old oriental rug. The routes are knotted into the old rug and form a relief that slightly sticks out on the surface.

With this aesthetic overlaying, Baltensperger + Siepert articulate links between the flow of migration and Europe’s former colonial politics, which have continued up to today in a modified form. 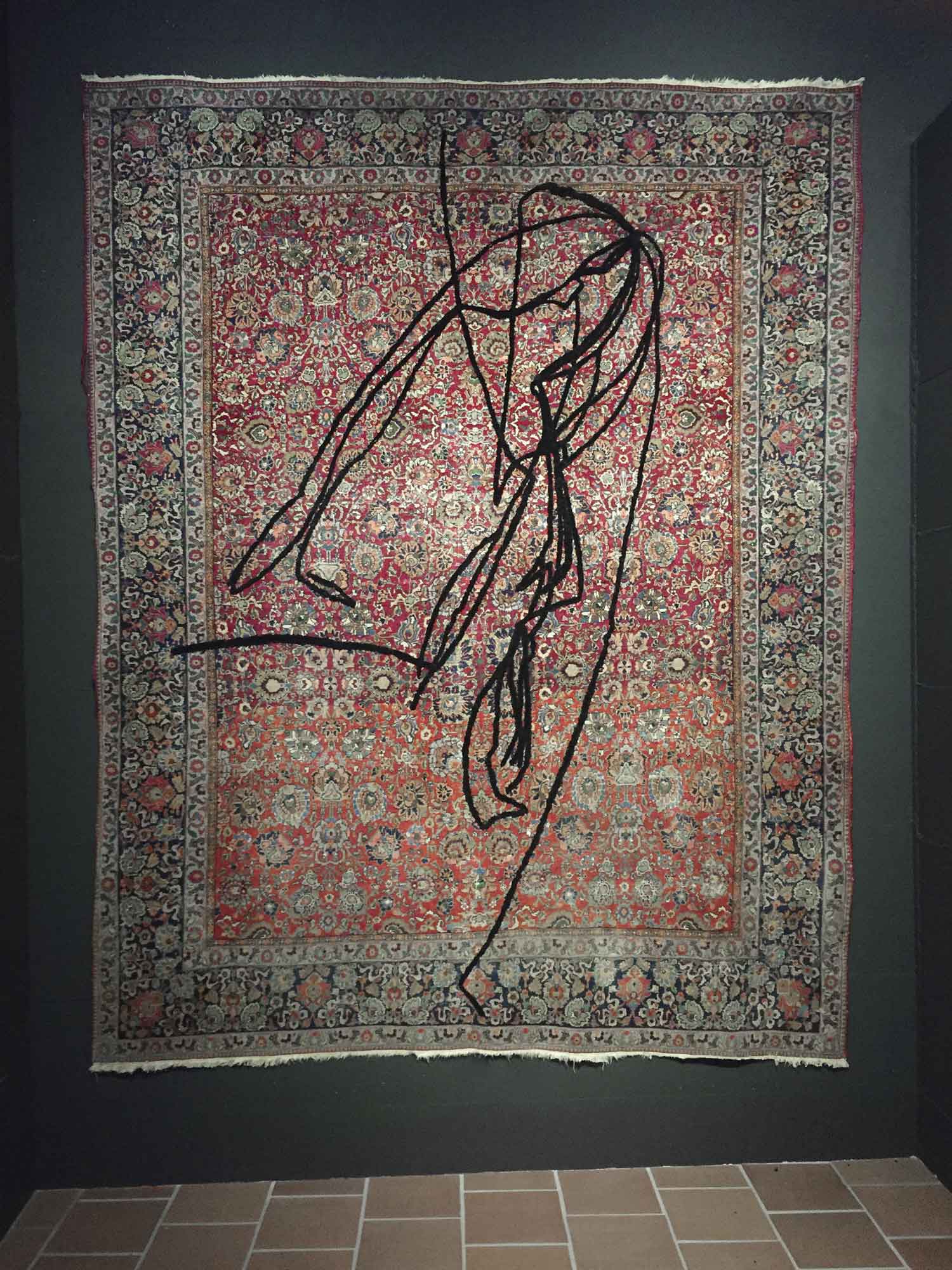 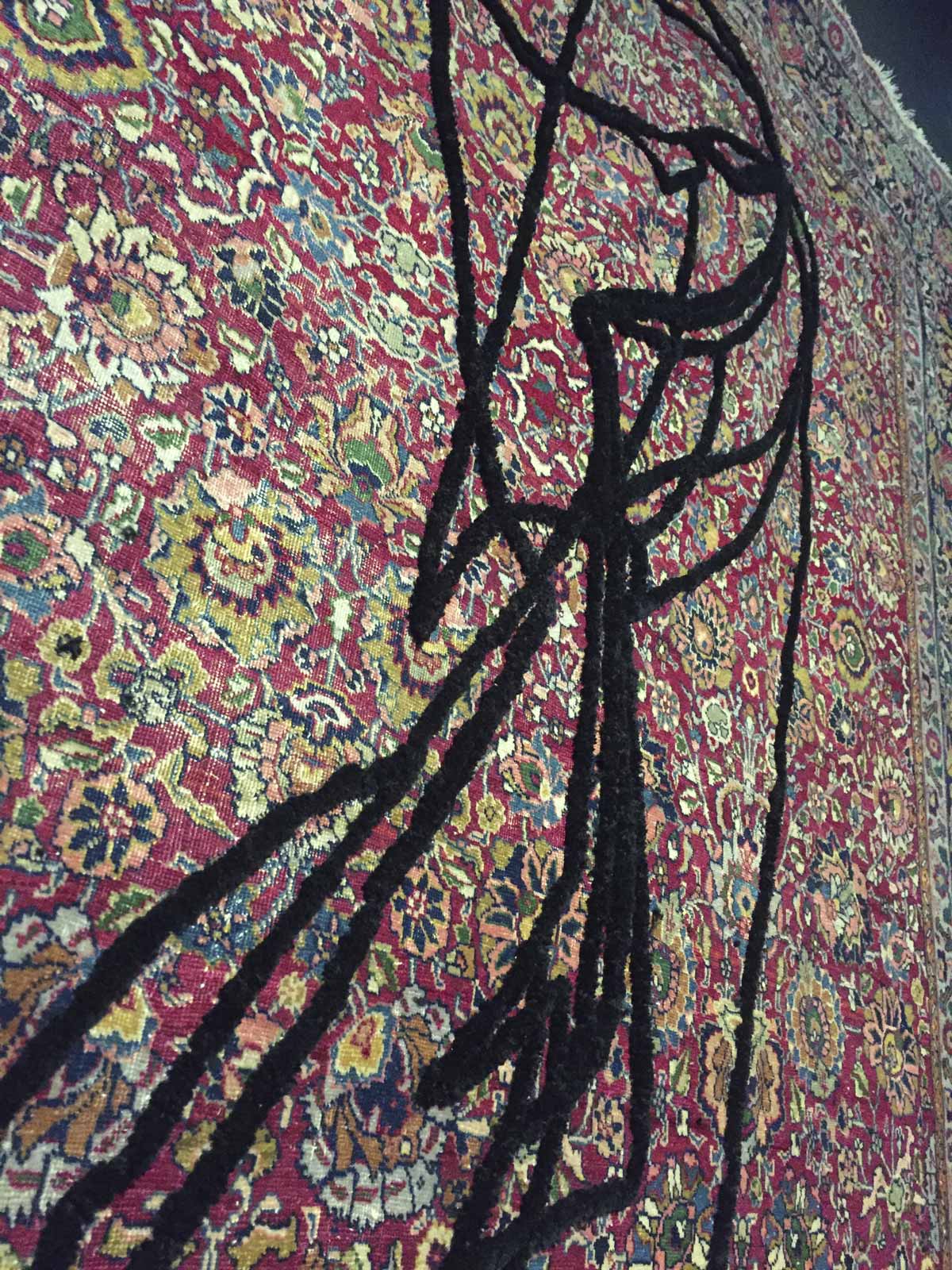