Baltensperger + Siepert, 2015
About the production of an artwork in a post-industrial way

Invited to produce a new artwork for the 3rd Ural Industrial Biennale we asked ourselves, how is it possible to produce an artwork in a post-industrial way.

Following an intensive selection process, we hired two local people, and made them familiar with our specific way of creating art. Using our methodology “Baltensperger + Siepert Yekaterinburg-Branch” functioned completely detached from us and produced an independent artwork, which was on display at 3rd Ural Industrial Biennale in Yekaterinburg (RU).

For a project held in July / August 2015 we are looking for two highly motivated employees to develop and execute new and ground breaking ideas.

There is a challenging job waiting for you. You will develop new ideas in a very small but highly motivated team.
If that sounds like you, we are very much looking forward to receiving your application.

In the process of the multiplication of “Baltensperger + Siepert”, Anastasia and Anastasia took up the challenge to get deeply into the artistic process of Baltensperger + Siepert. Using the specific methodology of Stefan and David they created an artwork over the course of six weeks. Through their research Anastasia + Anastasia immersed themselves into the topic of identity, its creation and its manifestations on an individual, national, and global level.

By transferring a social stigma with all its controversiality‘s into a public discourse, Anastasia and Anastasia offer a significant shift of view. This voluntary act of self stigmatization in English language connects the tattoo with an identity beyond the nation‘s border of its wearer, puts it in the context of both economic and political structures, and dissociates it from purely nationalistic contexts. 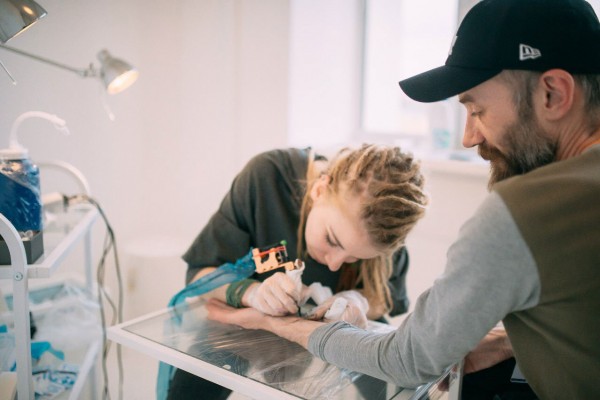 Photos: Tattoo Performance on the 3rd Ural Biennial in Yekaterinburg, 2015. 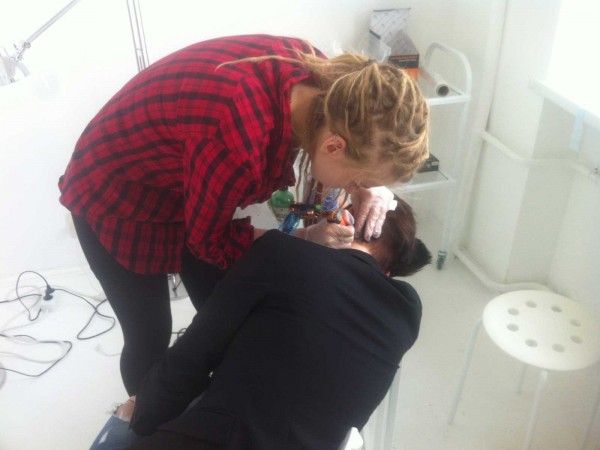 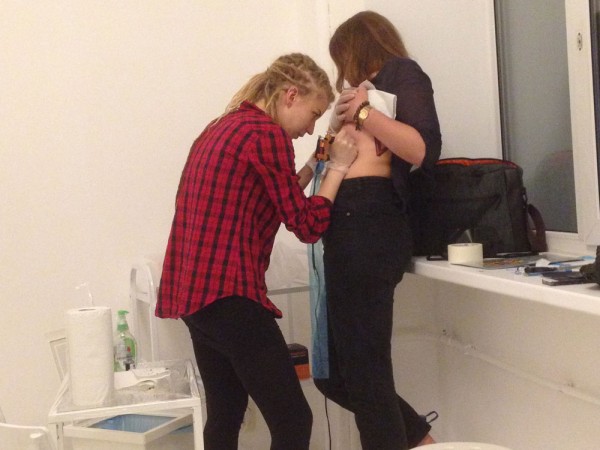 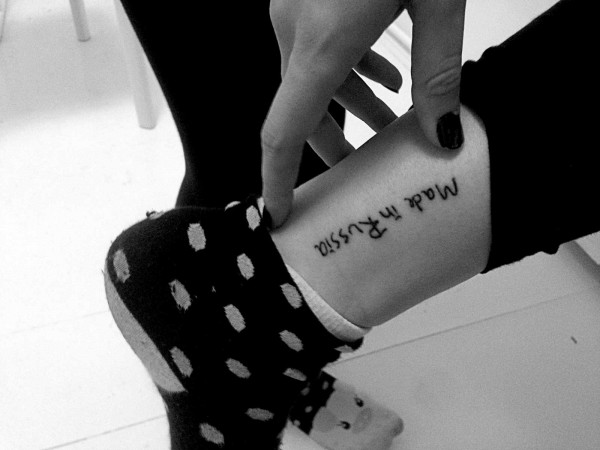