In society, whose thoughts and visions do we hear? Among all those voices struggling to be heard, whose will reach our ears? And from those, which can have an impact on that society?

Is the origination of philosophy – the formation of thoughts about life and society – related to educational knowledge, as well as to the amount of time available to develop it?

Invisible Philosophy liberates and unfolds the unused and ignored intellectual potential in our society. The project gives a voice to those who usually are reduced to their capabilities for physical labor.

Every day for a month, artist duo Baltensperger + Siepert hired a day laborer to work for one day in their Beijing studio – not at the job they usually would do, but at intellectual labor. For one day they were employed as philosophers. Instead of working on somebody else’s vision, they were confronted with their own thoughts, visions, utopias, and their personal philosophy of life.

Fifteen of these philosophical writings are published in this book. They offer a multitude of ways to see the world and its cultural interpretations. These philosophical texts are written by Beijing’s day laborers, but they also examine the global phenomenon of people migrating to the metropolises in efforts to support themselves and their families and to establish a better future.

Aside from the philosophical writings, this book also includes relevant, contextualizing texts by:

Invisible Philosophy was realized in collaboration with Amsel Verlag Zurich

You can order this book on Amazon 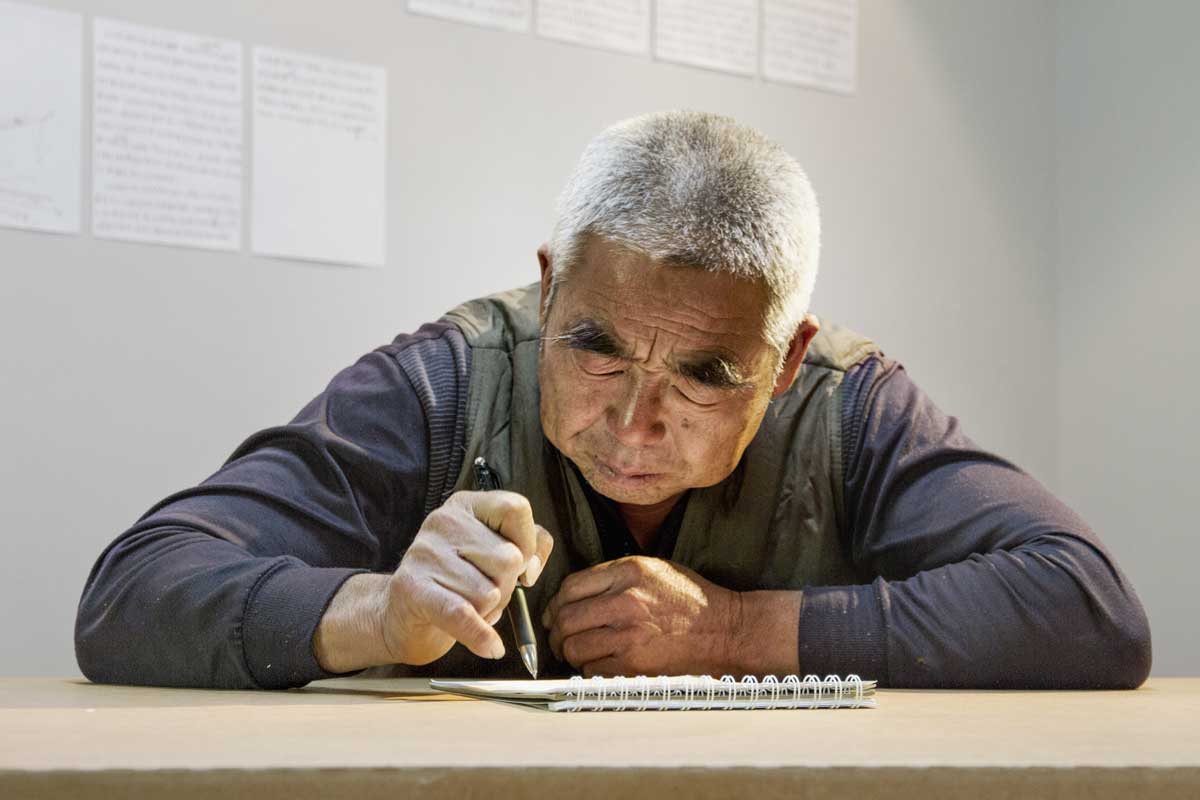 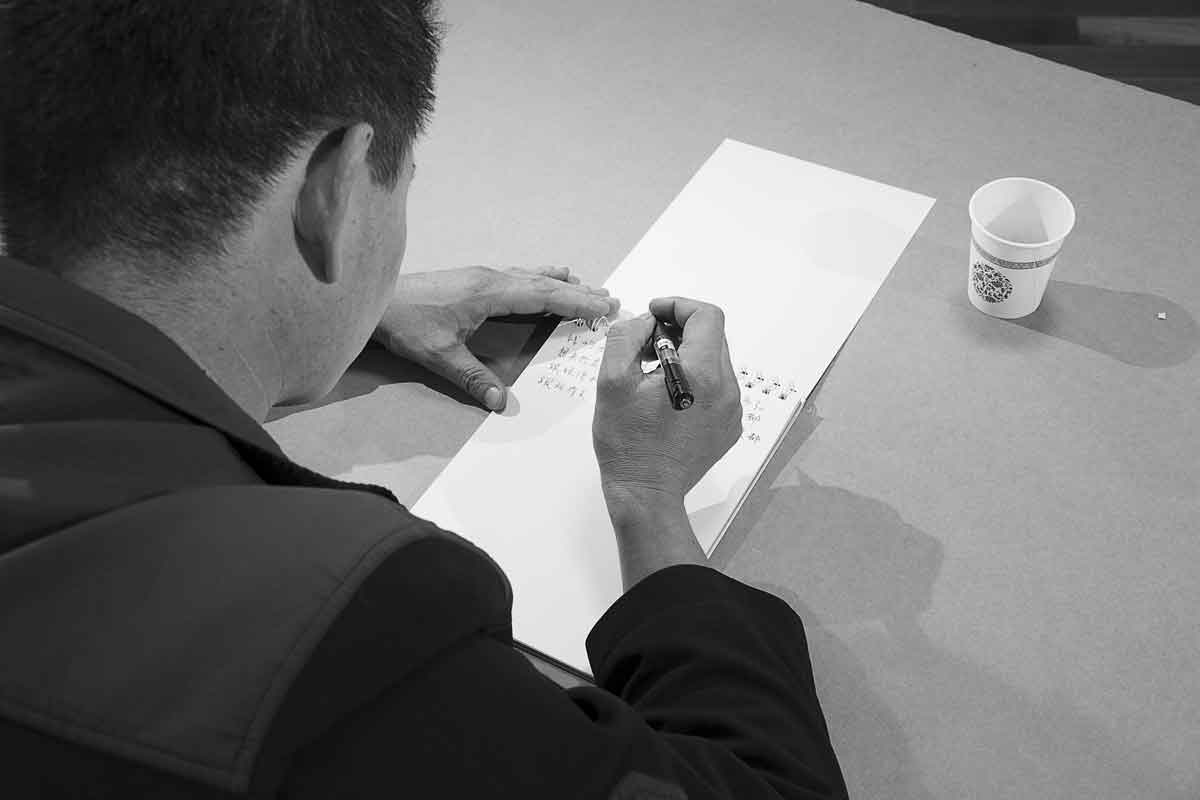 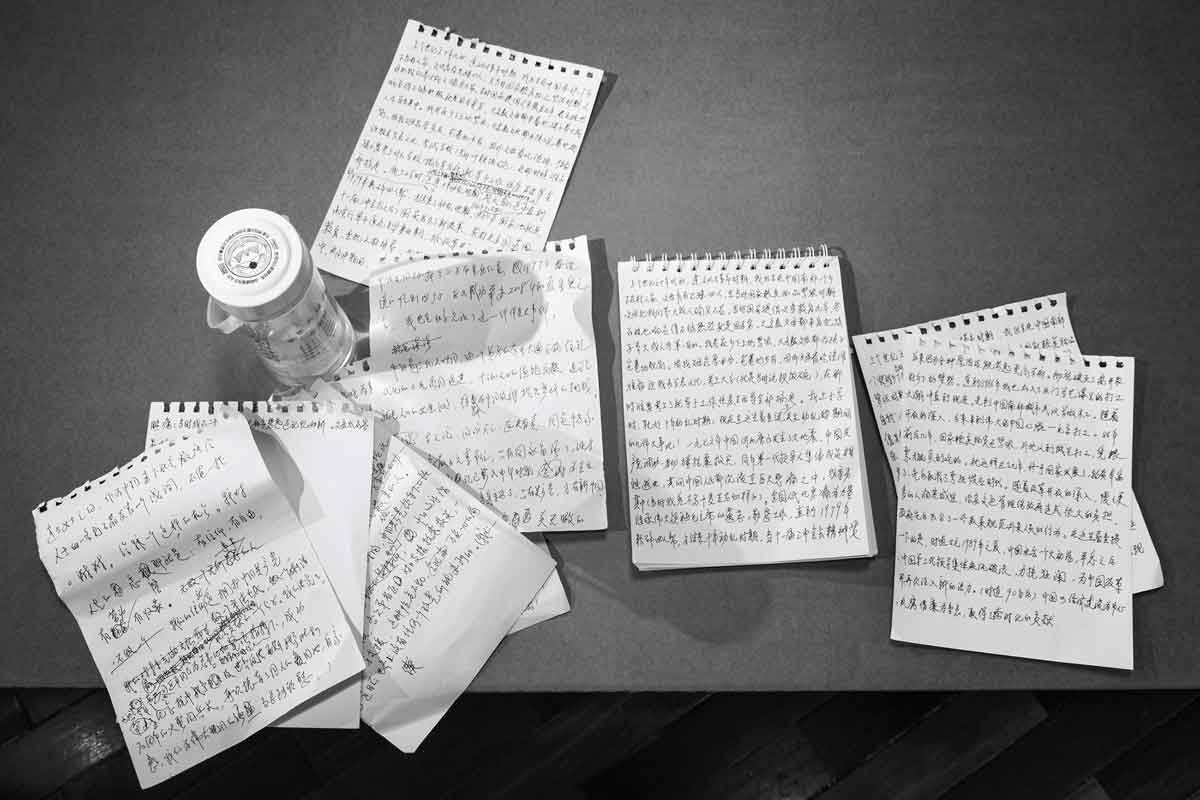 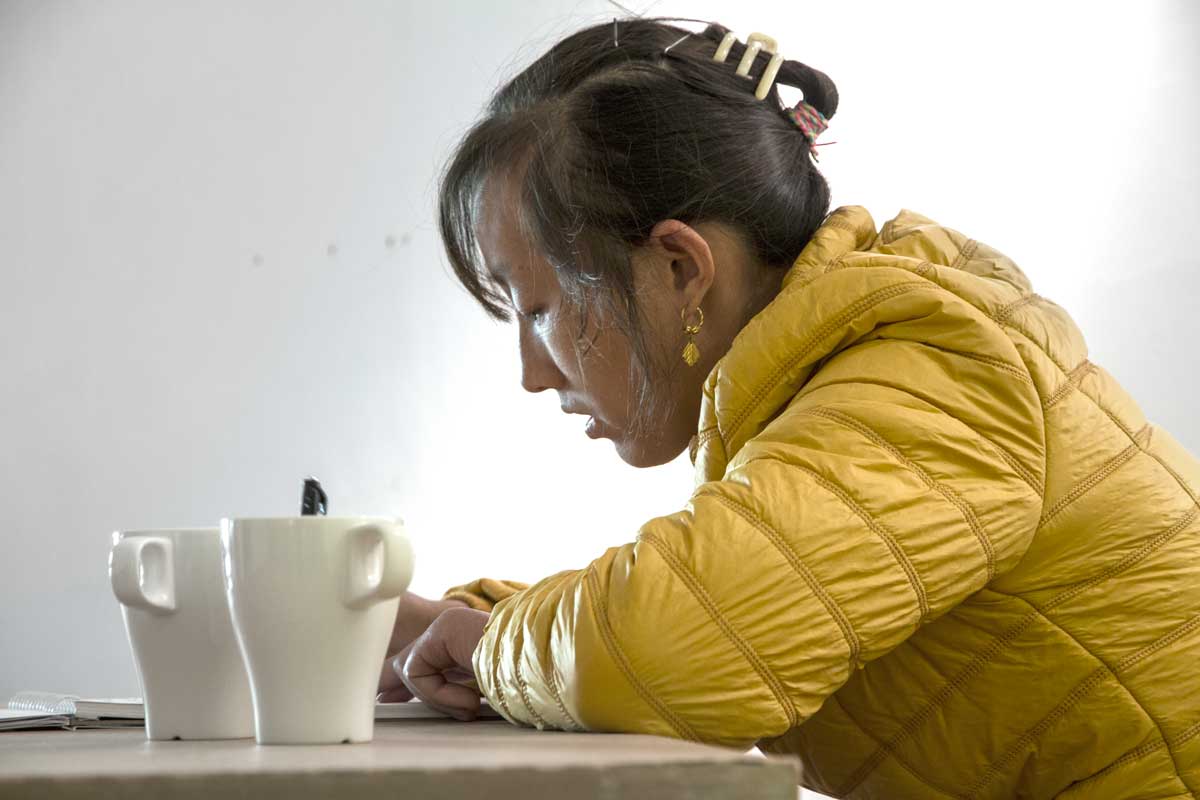 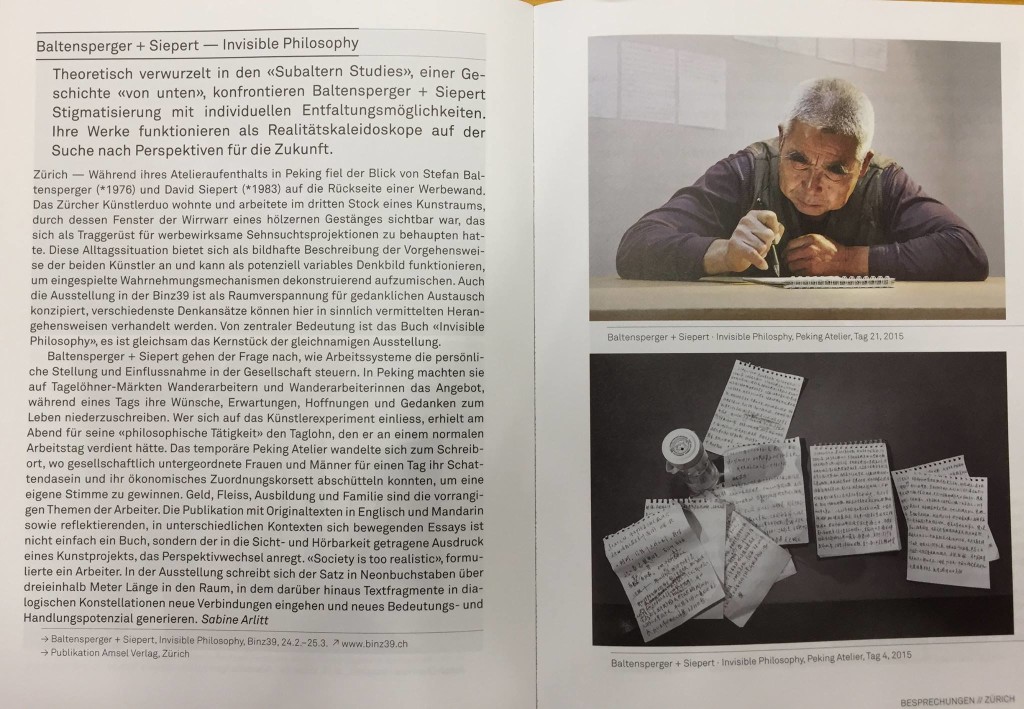 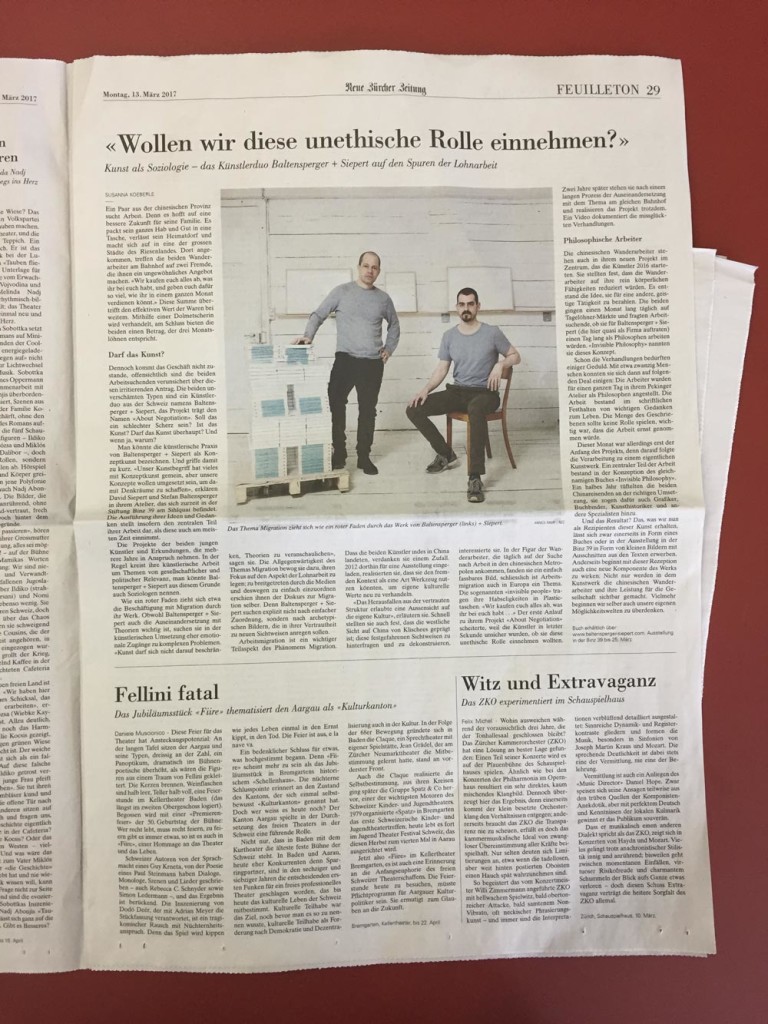 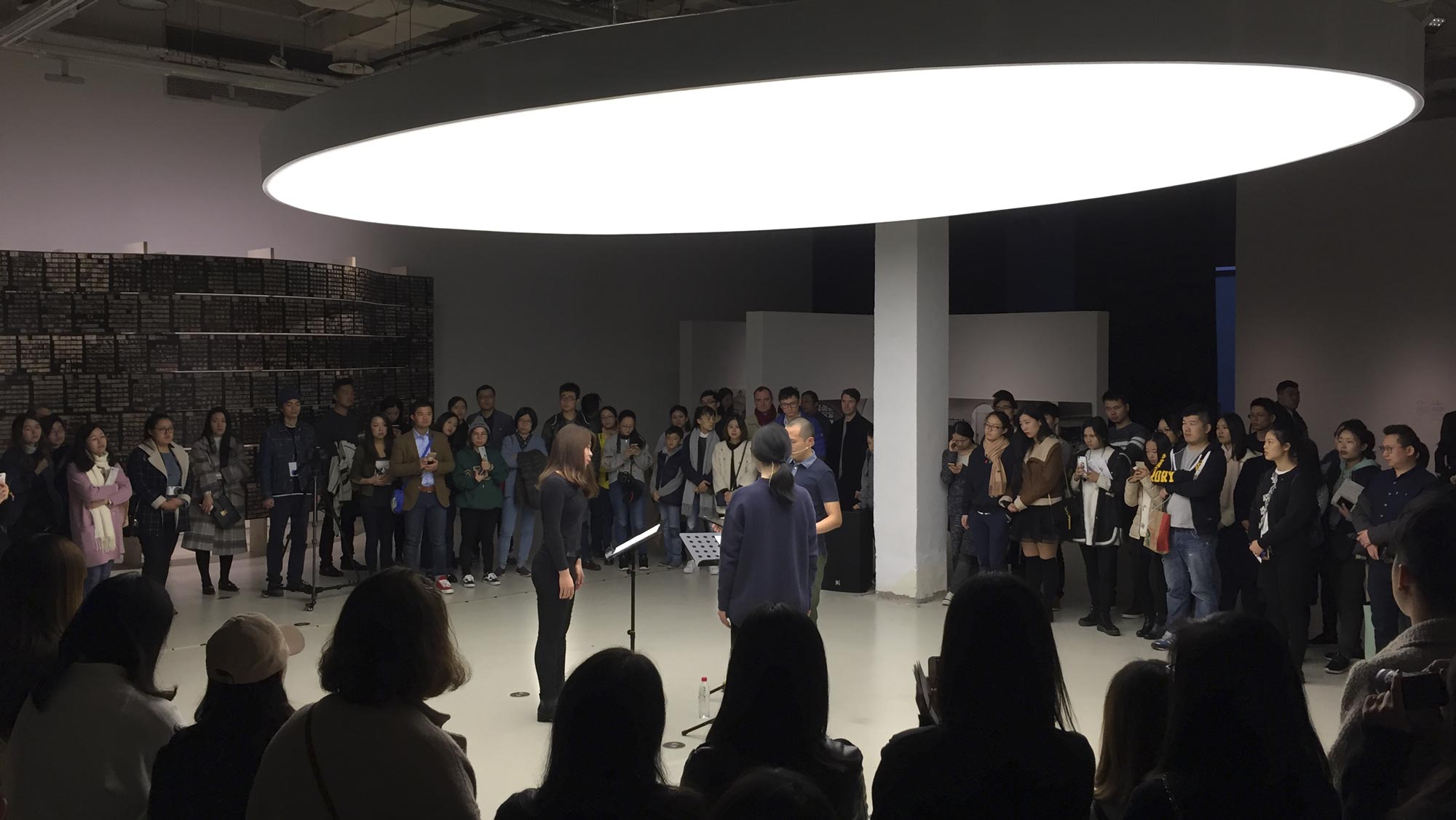 On the basis of text fragments from their Invisible Philosophy Project, Baltensperger + Siepert have composed a fictional conversation for three actors. A discussion between three fictitious positions unfolds around the text’s main themes, only making use of vocabulary taken from the philosophical work, which was written by day laborers.

Text fragments weave themselves together, make reference to one another, and nevertheless suddenly stand alone again. In the dialogue, English and Mandarin are mixed, and there are overlaps in terms of both content and acoustics. Strong voices try to assert themselves but retreat again and again as a result of the linguistic barriers separating them from the viewers. 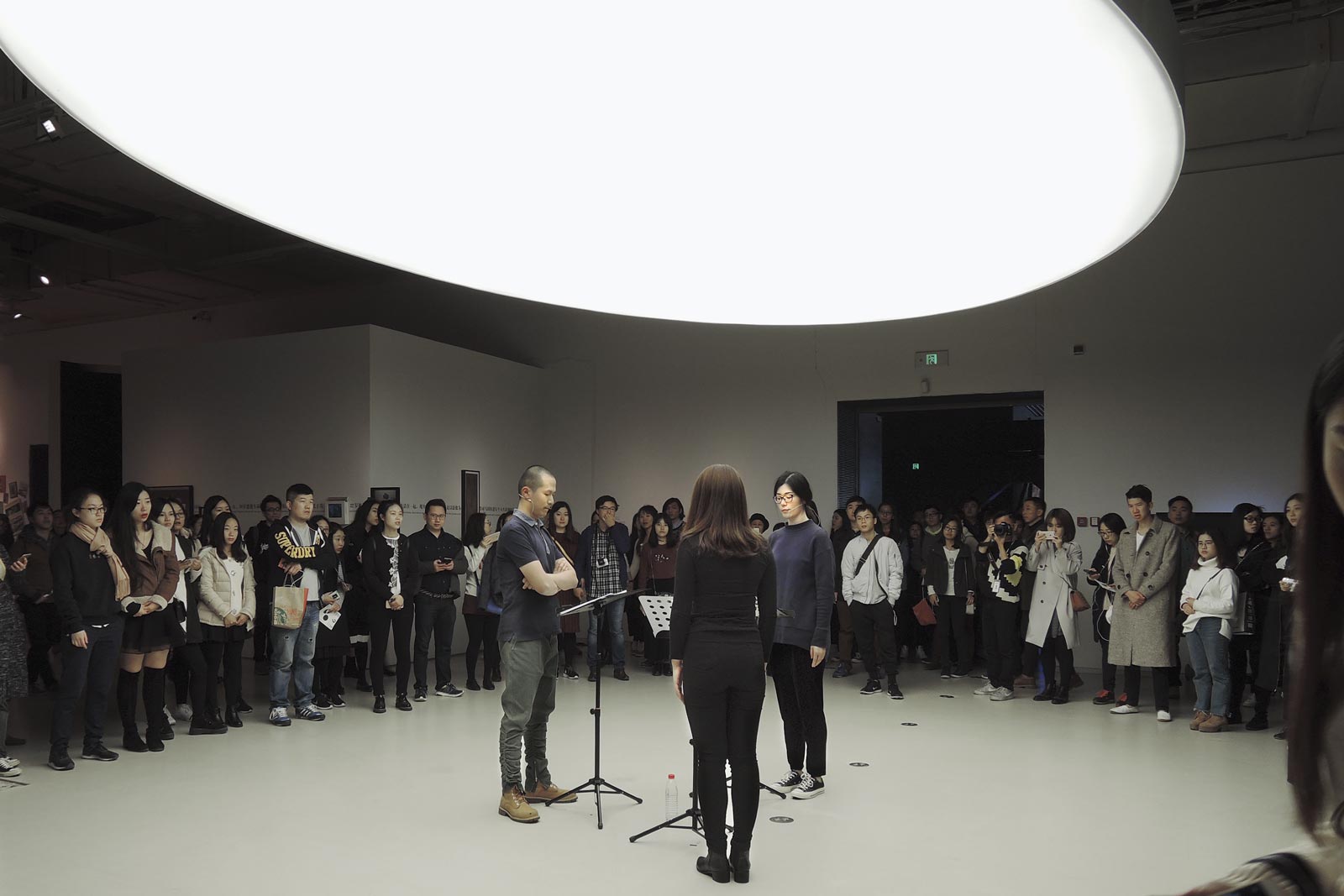 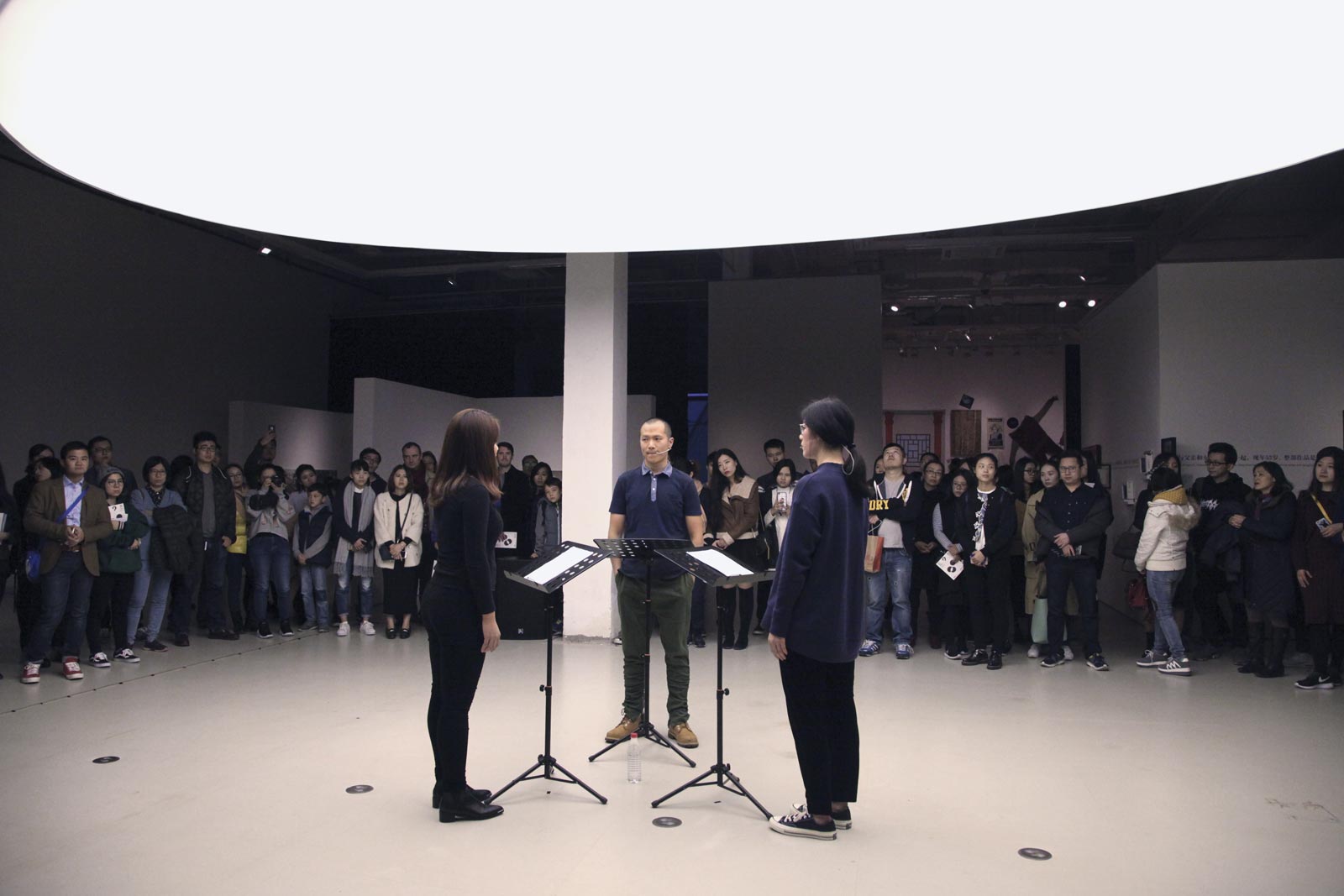 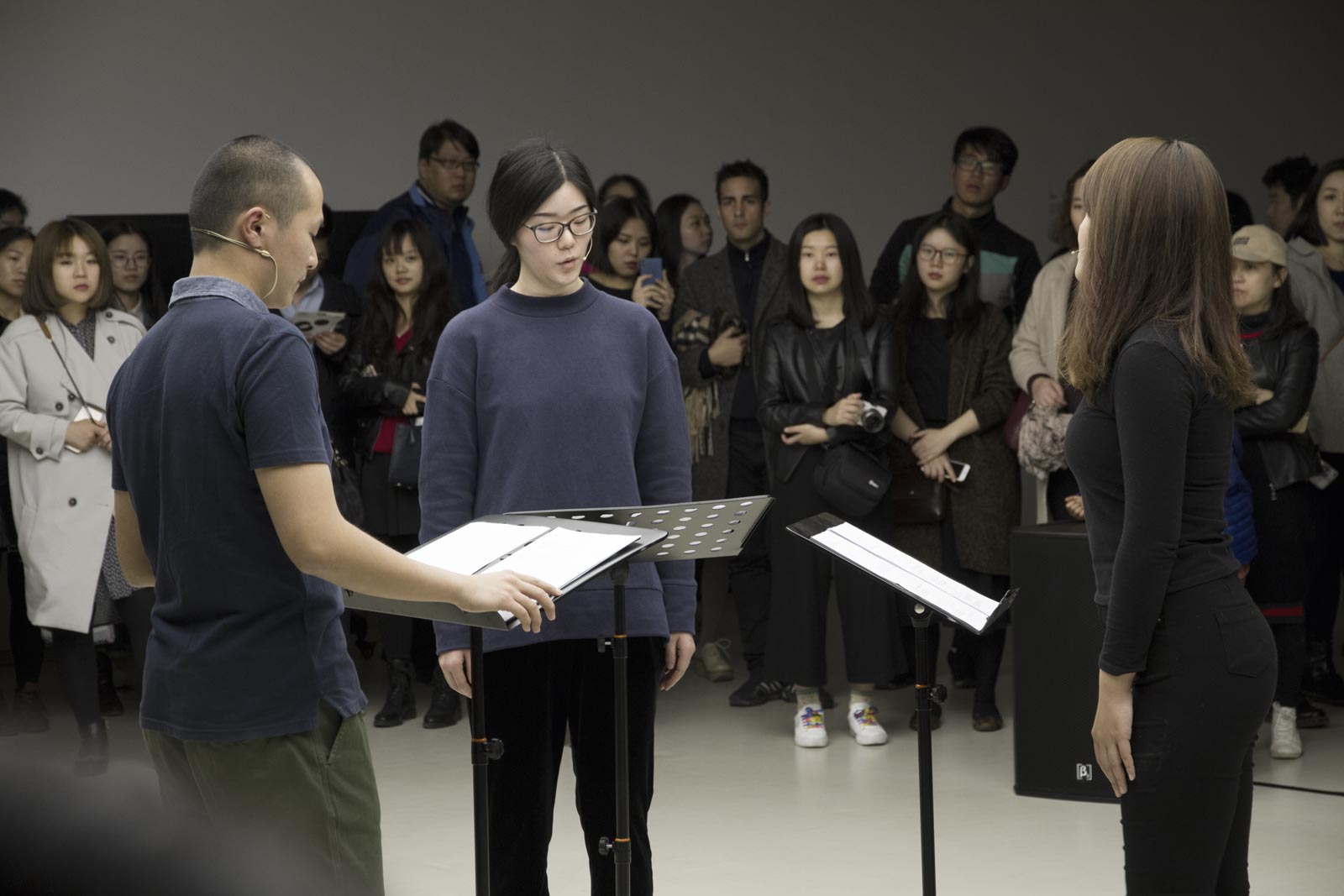 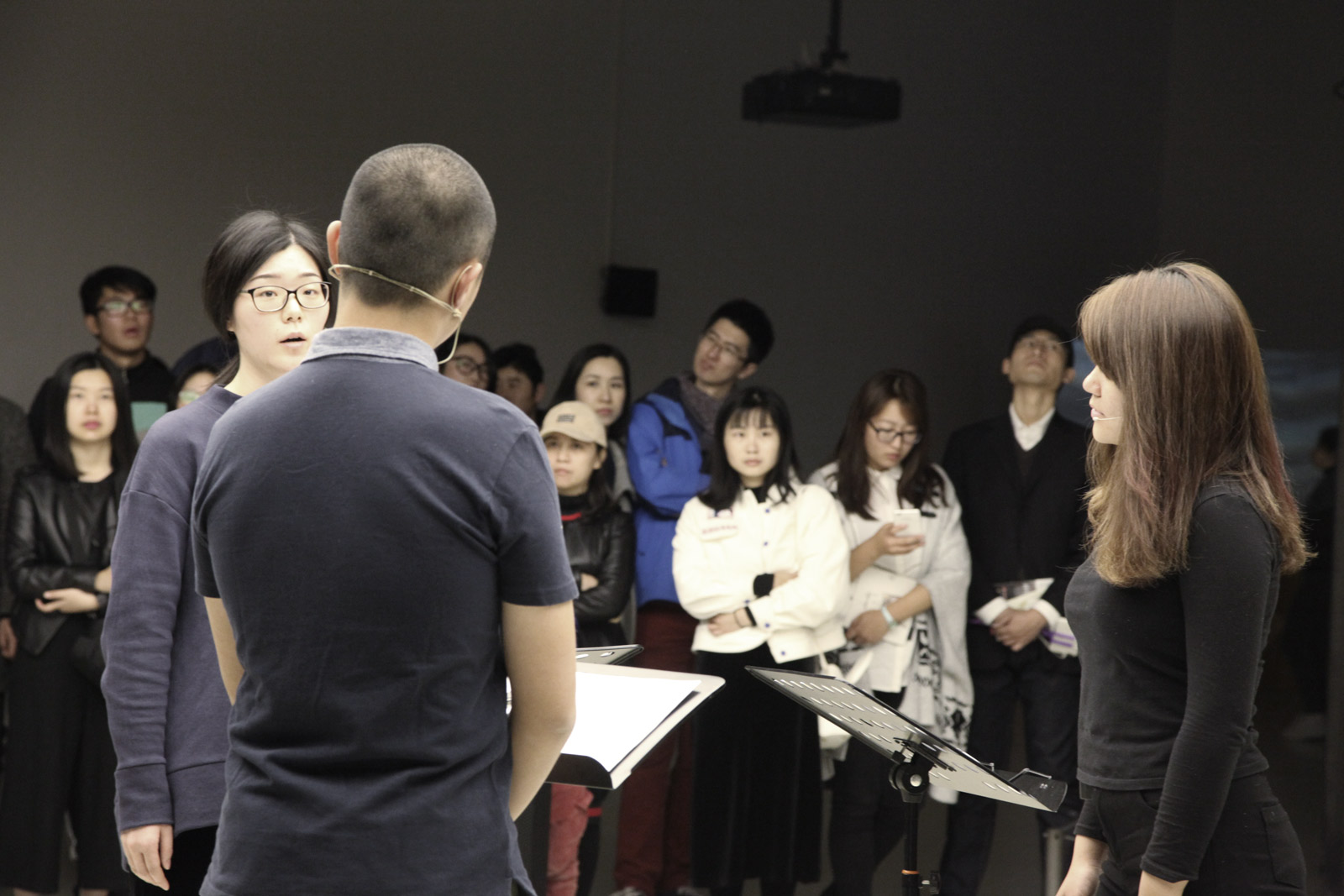 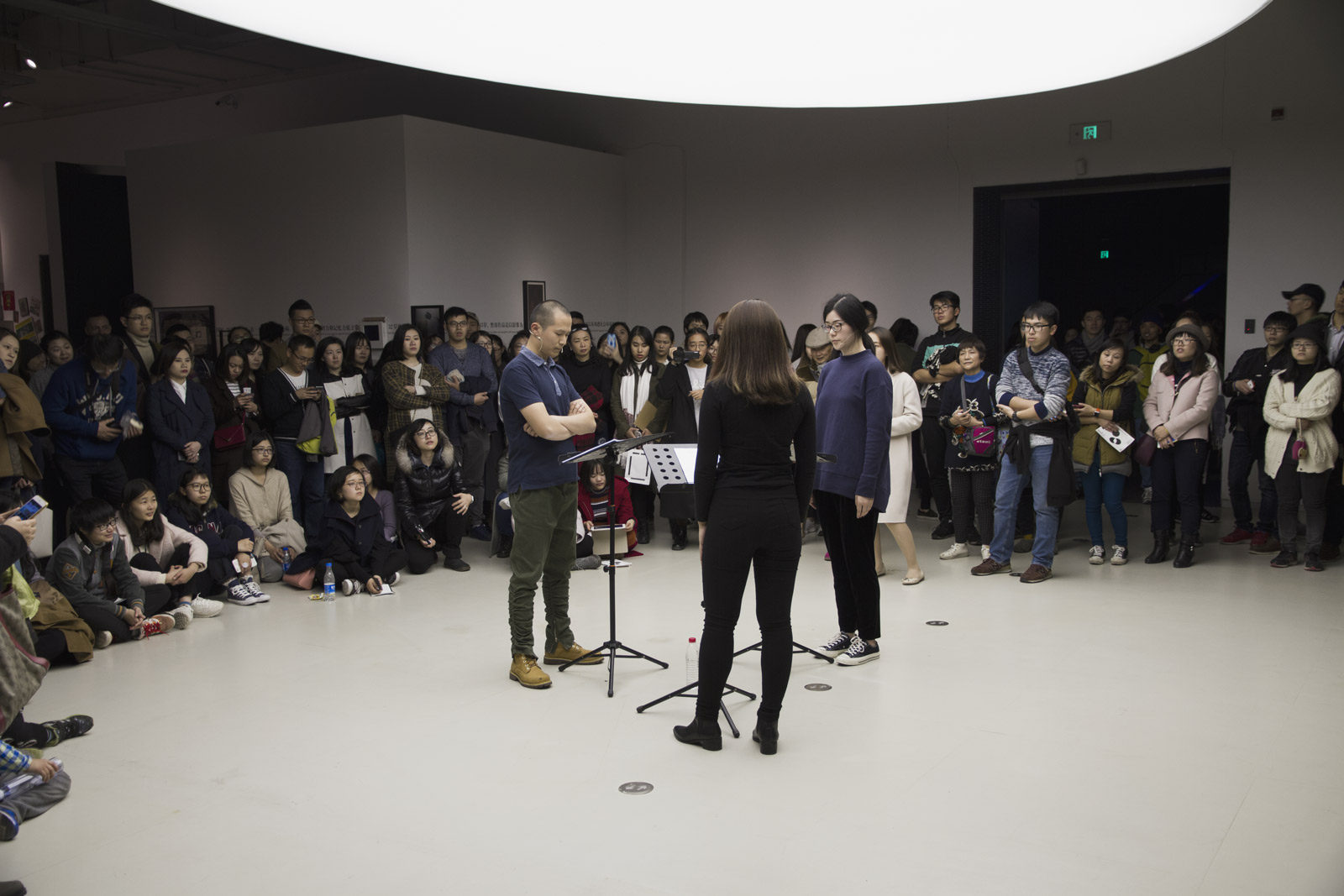